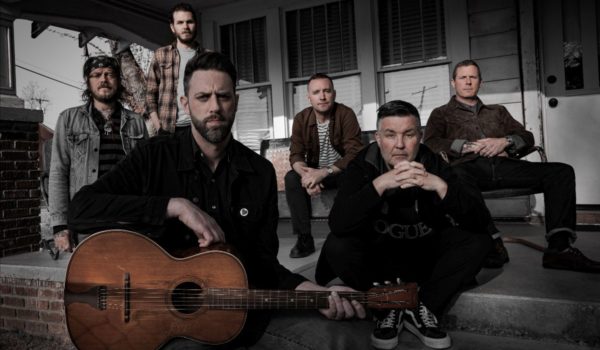 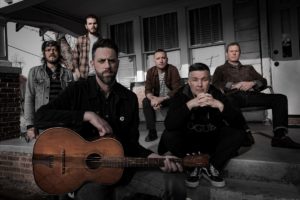 The video for “Two 6’s Upside Down” finds Dropkick Murphys performing the song while gathered around the Woody Guthrie statue in Woody’s native Okemah, OK, interspersed with footage of the band debuting the song before enthusiastic European festival crowds this summer. The clip was directed by Dave Stauble.

Check out the video here: https://youtu.be/-5yrNwMWff0

Dropkick Murphys and their longtime producer Ted Hutt aptly recorded This Machine Still Kills Fascists at The Church Studio in Tulsa (just a few minutes from Woody Guthrie’s birthplace, and the modern-day Woody Guthrie Center). The historic studio was founded by Leon Russell and was the original location of legendary Shelter Records. During the album sessions, Dropkick Murphysmade a point to visit Woody’s hometown of Okemah and walk the same streets Woody walked. Retreating to Woody’s home state of Oklahoma to record the album had a powerful effect on the band and the creative process behind these songs. Ultimately, Dropkick Murphys had so much material based on Woody’s poignant lyrics that they recorded two albums, with Vol. 2 scheduled for release in 2023.

The band will launch their first-ever reserved seating theater tour– This Machine…Theater Tour–October 20 in support of this very special and powerful acoustic album. Jaime Wyatt will be the main support on the tour – as well as joining DKM on stage for the duet “Never Git Drunk No More” – and Jesse Ahern will open the shows. Dropkick Murphys fall tour dates also include a few U.S. fairs in September and a headlining slot at Punk In The Park in Orange County, CA in November. Visit www.DropkickMurphys.com for a list of tour dates and to purchase tickets. 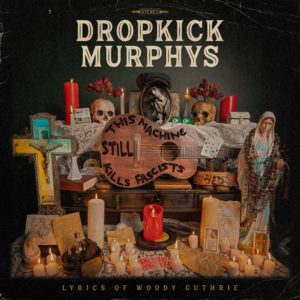 About Dropkick Murphys: Dropkick Murphys proudly remain Boston’s rock ‘n’ roll underdogs turned champions. Since 1996, the boys have created the kind of music that’s meant to be chanted at last call, in packed arenas, and during the fourth quarter, third period, or ninth inning of a comeback rally. Their celebrated discography includes four consecutive Billboard top 10 album debuts (2021’s Turn Up That Dial, 11 Short Stories Of Pain & Glory, Signed and Sealed in Blood, Going Out In Style), along with 2005’s gold-selling The Warrior’s Code featuring the near double platinum classic “I’m Shipping Up To Boston.” Whether you caught a legendary gig at The Rathskeller (The Rat) under Kenmore Square, found the band by taking the T to Newbury Comics to cop Do Or Die in ’98, discovered them in Martin Scorsese’s Academy Award winning The Departed, or saw ‘em throw down at Coachella (or one of hundreds of other festivals), you’ve become a part of their extended family. Dropkick Murphys’ music has generated half-a-billion streams, they’ve quietly moved 8 million-plus units worldwide and the band has sold out gigs on multiple continents. In 2020, the band was one of the first to embrace streaming performances, starting with their Streaming Up From Boston St. Patrick’s Day virtual performance. It was followed by last year’s landmark Streaming Outta Fenway livestream, which drew more than 5.9 million viewers and held the #3 spot on Pollstar’s “Top 2020 Livestreams” chart. Dropkick Murphys St. Patrick’s Day Stream 2021…Still Locked Down, was #1 on Pollstar’s Livestream chart for the week ending March 22, 2021, logging over 1 million views. Dropkick Murphys return September 30 with their first-ever all-acoustic album, This Machine Still Kills Fascists (Dummy Luck Music / [PIAS]), followed by their first-ever seated theater tour kicking off in late October. This Machine Still Kills Fascists breathes musical life into mostly unpublished lyrics by the legendary Woody Guthrie, curated for the band by Woody’s daughter Nora Guthrie.