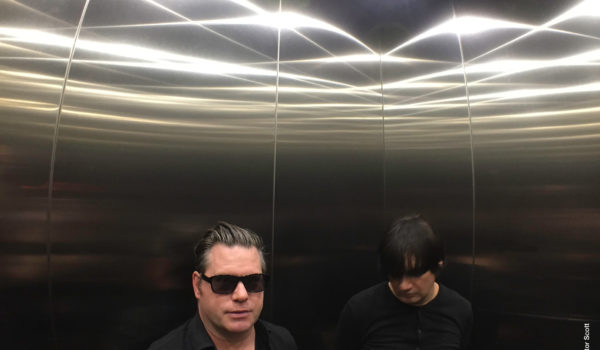 …AND YOU WILL KNOW US BY THE TRAIL OF DEAD – nuovo album e nuovo tour! 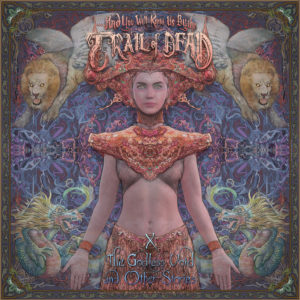 As a result, the album sees Keely detailing “the sadness of moving away from a place that I loved,” while also taking inspiration from Steven Pressfield’s book The War Of Art to face his own demons regarding the creative process. “I feel like I’m writing pop music,” he says, “it’s just not Top 20 pop. It’s the pop music I wish was on the radio, the pop music I would’ve grown up with.”

Reece agrees, citing Talk Talk, Killing Joke and Laurie Anderson as inspirations. “There’s definitely the idea of loss, leaving someone or something important in your life, but it’s more abstract,” he explains, adding that the track “Into The Godless Void” in particular deals with “this existential woe that all humans tend to go through – feeling that weight that plagues the mind.”

X: The Godless Void and Other Stories comes as the duo enters their 25th year together as a band. After playing their first show together in 1995, they quickly became known for their powerful and cathartic live performances that often ended with them destroying their instruments on stage. They released their self-titled debut album in 1997 on King Coffey’s Trance Syndicate label and in 1999, sophomore LP Madonna followed on Merge Records. Three years later, seminal LP Source Tags & Codes would cement the band’s status in rock lore after it earned them a rare Pitchfork 10. The band subsequently released Worlds Apart (2005), So Divided (2006), The Century of Self (2009) and the triumphant Tao of the Dead (2011) which led to a live performance on Late Night with Jimmy Fallon that had Questlove tweeting, “damn!!! @realtrailofdead came and kicked ass in 2 mins!!!”

Critical acclaim continued with Lost Songs in 2012 which Rolling Stone wrote, “…explosive indie-prog is defined by the push and pull of Conrad Keely’s epic mysticism and Jason Reece’s primal punk surge.” 2014’s IX had NME calling it, “…their most focused and thrilling…,” Uncut added that the LP did a “…a good job of tethering grand ambition to signature intensity” and Billboard said the album recalled, “the ponderous grandeur of 2002’s seminal Source Tags & Codes.”

After a steady flow of albums and touring, the six years between IX and ‘X: The Godless Void and Other Stories’ made up their longest break and found both Reece and Keely working on other projects. “When Conrad moved to Cambodia, we both had time to live our lives and do different things,” Reece explains. “Coming back to the band, there was a new vigor to it. It all feels exciting still.” They’ve also reverted to the live format of their early years with Reece and Keely alternating between drums and frontman duties – a musical partnership that dates back to high school and feels fresh and familiar all at the same time. 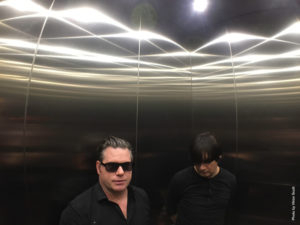